Pulling out of my driveway to head to the train station last week, I was surprised to hear a somewhat familiar voice came on the radio – hey wait a minute – that’s Randall Rothenberg’s voice.  I know that guy!

Randall was calling into NPR to talk about the testimony of Google, Facebook and Twitter before congress as part of the investigation into Russian meddling in the 2016 US presidential election.  I personally find this topic to be incredibly interesting and the facts are just remarkable.

Russian backed social media accounts spread false negative information about Hillary Clinton, false positive information about Donald Trump – and even went so far as to encourage Clinton voters to say home on election day (to avoid the line) and “cast their vote” on social media- which of course wouldn’t be counted in the actual election.  You can see some examples of the fake content here. 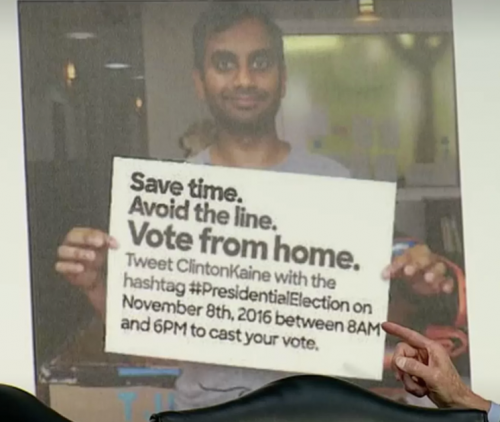 One of the reasons why this is so interesting is because the digital ad industry has been working for the last 10 years to prevent fraudsters from taking people’s money online.  To the credit of the industry these money-based fraud schemes are much less prevalent than they were in the late 00’s– but even as some progress has been made protecting people’s wallets, the industry is still poorly prepared to protect people’s minds. 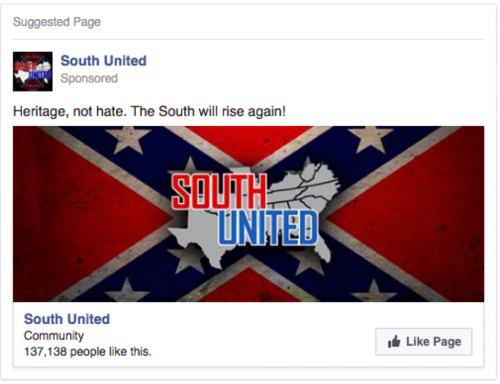 Of course the real question here is whether Facebook, Google, and Twitter are responsible for verifying the legitimacy of the information and advertising on their platforms.

If we treat them like a virtual news stand, then can we really blame them for the Russian backed content?  Many newsstands and supermarkets in the US have a copy of the National Enquirer near the checkout line, but no one is getting angry at supermarkets for peddling fake news.

To boil the problem down, the reason Facebook, Twitter and Google are so problematic today is because they appear trustworthy and people treat them as trustworthy (and some parts of the site are trustworthy) – but the legitimate news stories reported by the likes of CNN and NYTimes are fairly indistinguishable from fake news stories often attributed to fake organizations or publications.

For the last few years, Facebook and Twitter (and to some degree Google) have been trying to blend content from major publications into the look and feel of their platforms to give users a one-stop shop for information and entertainment. They do this by incorporating more content from publishers into their portals.  Their strategy is straight forward – they want to be the consumer destination for news and entertainment.  If they can make the content producers (publishers) just widgets or line-items in their interfaces, they have more leverage to negotiate with the publishers for greater rev-shares on ad sales.  Just like Amazon becoming the “go to” place for consumers to buy things (which gives them ultimate leverage over suppliers) – the ad-supported web giants want to become the “go to” place for news and information.

My take: with great power comes great responsibility.  These companies need to do a better job of monitoring the information they are showing to users.  Their strategy of being the one stop shop, de-facto makes them into the media outlets (not the newsstand) and they need to be held to the same standards as other media outlets.