Those who are familiar with the work of Clayton Christensen will quickly point to the Innovator’s Dilemma – a theory that involves bias in the resource allocation process of larger companies.  In short, the theory states that big companies avoid investing in nascent markets and technologies largely because they need larger, more mature markets to satisfy their larger, more mature growth requirements.

In general, I buy that argument.  I think the innovator’s dilemma is real, but I don’t think it explains 100% of the reason why big companies can’t innovate.

In addition to the resource allocation process, I think a lot of it has a lot to do with “systems thinking” and the division of labor at larger companies.

When companies are small, there is often one person, either the CEO or CTO, that has a comprehensive understanding of all the technical systems.  This is completely natural.  At a small company, there simply aren’t that many people so the leaders are called upon to do “on the ground” work that requires deep and horizontal understanding of how all of the systems work together.  Also, at a young company, the systems where recently assembled so there is a pretty good chance there’s one person who understands how everything works.

As companies grow and mature, technical systems become more complicated and teams become more specialized.  Rather than one person overseeing all of the systems – each system develops its own leadership hierarchy and ownership structure.  Each of the teams, although they interact frequently, have more of a vertical understanding of their own system rather than a horizontal understanding of all the systems.

It’s not only the employees that change as a company matures, but the leaders change as well.  With the development of a middle management layer, the CEO and CTO, who once may have had to operate systems themselves, have become more people and business managers than technical leaders.  They handle the organizational complexities of a growing company and feel confident in their decision to outsource day to day technical duties to next-level leaders.

In my view, this can be one of the major things that slows innovation.  The more silo’d teams and systems become, and the farther removed from senior management, the slower the pace of change.

How does innovation work in this environment?

Let’s say, one day, one of the engineers who works on the steam catapult has an idea that could make the catapult 10% faster.  It’s a clever technology innovation that will save fuel and launch planes more reliability.

Should she make the change?

Well – because the operator of the steam catapult system doesn’t know anything about the system that maintains or flies the planes – she has no idea what impact this innovation will have on other systems.  Maybe a 10% increase in catapult propulsion will rip the landing gear clean off the bottom of the planes? Maybe it will cause the pilots to black-out from excess g-force?

Because the owner of the steam catapult only knows her own system, and doesn’t know what impact the change will have on the other systems – it’s unlikely that she will push to make a change to improve the overall efficiency of the combined systems.  The default course of action here is for each system to continue to operate without changing or challenging the established interfaces they have with other systems.

Also, this example only involves three different systems – most mature companies have dozens of different systems with dozens or even hundreds of interfaces.  The more systems and interfaces, the more complications that could arise if anything changes.

I believe this is why many big companies can’t stay innovative.

So what’s the solution?  How do we fix this problem?

One of the ways I’ve seen this done successfully is by having someone in a mature organization play the role of the “roaming architect.”  The roaming architect is someone very senior who is not assigned to any one particular system, but rather has a comprehensive understanding of all the systems and how they work together.  Ideally this person has minimal ownership of day to day operations, and focuses most of her time on how all of the systems work together.  She works to influence the owners of the day to day systems and drives cross-system changes that increase the efficiency and performance of the entire company.

It’s important to note, that It can be at times uncomfortable for the folks running the day to day operations of each system to have a roaming architect come in and meddle with their systems – but it’s a critical element to maintain positive momentum in larger businesses.

The alternative is to succumb to change paralysis and a slow inevitable decline. 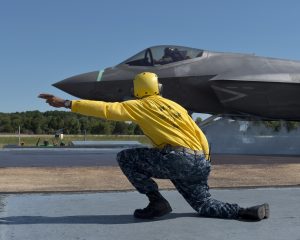 Keep Innovating After You’re Big: The Benefit of the Roaming Architect