If the entire NYC advertising industry was simultaneously transported back to a single jr. high class – all the cool kids would be talking about “scale”.

Over the last year and a half, it seems not a month goes by without me hearing something about scalability, or ideas being scalable. These words are not new to me – I’ve heard them my entire life – but I feel in recent years the meaning of these words has somewhat transformed. In fact, I think the word ‘scale’ has changed meaning many times over the course of history in response to the global and technological business environment.

In the 1970’s and 1980’s, scalability was international expansion – building offices in foreign countries and taking advantage of untapped markets. IBM, McDonalds and other companies (many of which expanded internationally much earlier than the 1970’s) helped show the world how to scale a business internationally.

However – today, in the internet age – I believe the word scale has yet again changed meaning. Now scale refers to making a fixed investment in technology and serving an infinite quantity of customers at very low, or zero incremental cost.

An example of a scalable business in the internet age is Wikipedia. The creators of Wikipedia set up a platform upon which individuals can contribute. The fixed technology investment was in the form of servers and bandwidth – but with that fixed investment, Wikipedia can serve an unlimited quantity of customers at zero incremental cost. Because Wikipedia’s customers are also their content creators – all they have to do is keep the servers running and the business will scale on its own.

It’s hard to predict where the word scale will go next. It seems that each time the word has transformed meaning it has become even more powerful.

Just as the internet would confound Henry Ford – were he revived in the 21st century – it’s possible that in the next 100 years the word scale will head places equally confounding to us. 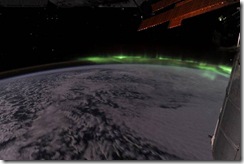