If Mad Men has taught one thing, it’s that the corporate offices of the 1960’s and 1970’s look very different from the offices of today.  Assuming the depiction is accurate (and I trust that it is, since everything on TV is true), the most noticeable difference is the indoor smoking of cigarettes and lack of respect for women and minorities.  However, in addition to social differences, there were also very different ways in the way work got done.

If I were a corporate executive in 1965 and I wanted to send a written communication to someone in another state I had a couple options.  I could send a very short message via Telegram or, if I wanted to send a long form letter, I could dictate a letter to a typist and mail it through the post office.  Today, this entire process takes a fraction of the time.  Electronic mail makes the transmission of messages hundreds of times faster than having to rely on the post office and pretty much everyone can type for themselves; the job of “typist” no longer exists.

Let’s take a second and think about the job of “typist”.  For most of history typists operated the typewriter.  Gaining popularity between 1900-1910, the typewriter was such a fantastic improvement over having to write everything by hand.  The problem was that it took special skills to be able to work it.  From 1910-1990 (about 80 years), the job of typist probably seemed like a relatively high-quality, stable job.  After all, everyone who’s anybody needs things typed.  However, the problems for typists began around the year 1995, when people started typing things for themselves.  The “skill” of typing which was once the key to stable employment, started to become table stakes for any corporate job.  The specialty of typist became valueless because everyone could type.

Now – let’s look at the job of Analyst.

Starting off, we have to recognize that the word “analyst” can mean a lot of different things. The Wikipedia page for analyst lists over 20 different categories of analysts, all that have distinct responsibilities and skill sets across multiple industries.  The common thread that ties analysts together is that they all are responsible for studying data and producing insights that help guide decision making.  The reason that there are so many different kinds of analysts today is twofold.  First, new digital data collection techniques have greatly increased the amount of data available to analyze.  Second, making decisions based on data analysis is such a fantastic improvement over making gut-driven decisions.

Right now, the job of analyst is an extremely valuable and stable job.  However, you have to wonder – will the skill of data analysis, like the skill of typing, soon become table stakes for anyone who is responsible for making strategic decisions?  Right now the job of analyst is a distinct responsibility, but how long will it be before this responsibility goes the way of the typist?  I’m not suggesting that analysis will become less important, but rather the opposite.  Analysis will become so important that everyone will need to do it themselves.

In 20 years time, it’s possible that our offices today will look as foreign to us as the offices of the 1960’s. We may find it hard to believe that anyone would be able to make strategic decisions without being able to do their own data analysis. 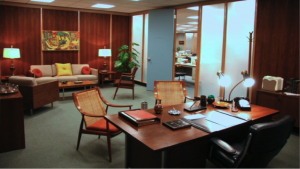 In 20 Years Analysts Could Be Extinct
Tagged on: Analytics    Communication    Structural Unemployment