I heard interview once where a prominent recording artist was asked how he was dealing with the decline of the Music industry. He responded that he was quite optimistic – for it was only the industry that was in decline – the love of music was at an all time high.

I would suspect a similar view could be taken on the Television industry. While according to Nielsen, “Americans are watching more TV than ever” – DVR’s and “time shifted” viewing has risen above 30% penetration nationwide (Nielsen Wire – http://bit.ly/atmeOt), making it harder for advertisers to reach their consumers using the television medium.

It’s crazy to think about how much TV has changed in the last 30 years – I’ve copied pictures below to show the contrast: 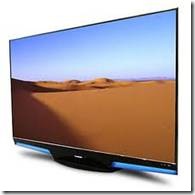 What’s even more incredible is that networks and advertisers still buy and sell television commercials largely the same way they did in 1970. While the technology related to user experience has sky rocketed, the technology around buying, selling, and tracking advertising has progressed at a snail’s pace.

Why can’t we track TV viewing digitally the same way we can track online banner ads? Why can’t we target TV ads to certain households depending on who lives there – or what content those viewers tend to prefer? Why can’t we allow users to select which commercials they would like to see and adjust what they are shown accordingly? With 30+% penetration of Digital Video Recorders, which foster two way digital communications between TV providers and viewers, certainly these ideas are within reason – and they may only require a simple software update!

The force that nearly destroyed the music industry was the irrational attachment to a legacy distribution system (namely, selling albums at record stores). The reason Apple/iTunes was able to snatch up so much market share so quickly was because they were not afraid to change and were not attached to any legacy systems.

A similar resistance to change can be seen in the way TV ads are bought and sold. Where the music industry was irrationally attached to a legacy distribution system – the TV advertising industry is irrationally attached to a legacy measurement and buying system: Nielsen Ratings and GRPs. These systems, which comprise the main currently of TV commercial buying and selling, can only provide estimates of TV viewing on a aggregate level and account dubiously for the effect of DVR time shifted viewing. As in industry, they’re the only systems we have – but they haven’t changed in 30 years, meanwhile the way we watch TV has changed dramatically.

This begs the question: who will be the iTunes of the TV advertising industry?